ANSA Queensland has developed the “Length” Competition to meet with the expectations and practices of the next generation of recreational fishers. The general public are now practicing sustainable catch and release methods and with an emphasis on new technology. This Competition is designed to allow the use of the most up-to-date line technologies and compliment this with the use of the latest communication technologies by lodging captures and also see the results on the Leaderboard on this website. The State Executive believe that this style of competition will foster more interaction in the State Based Competitions and also between Clubs and Individuals. 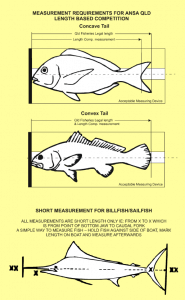